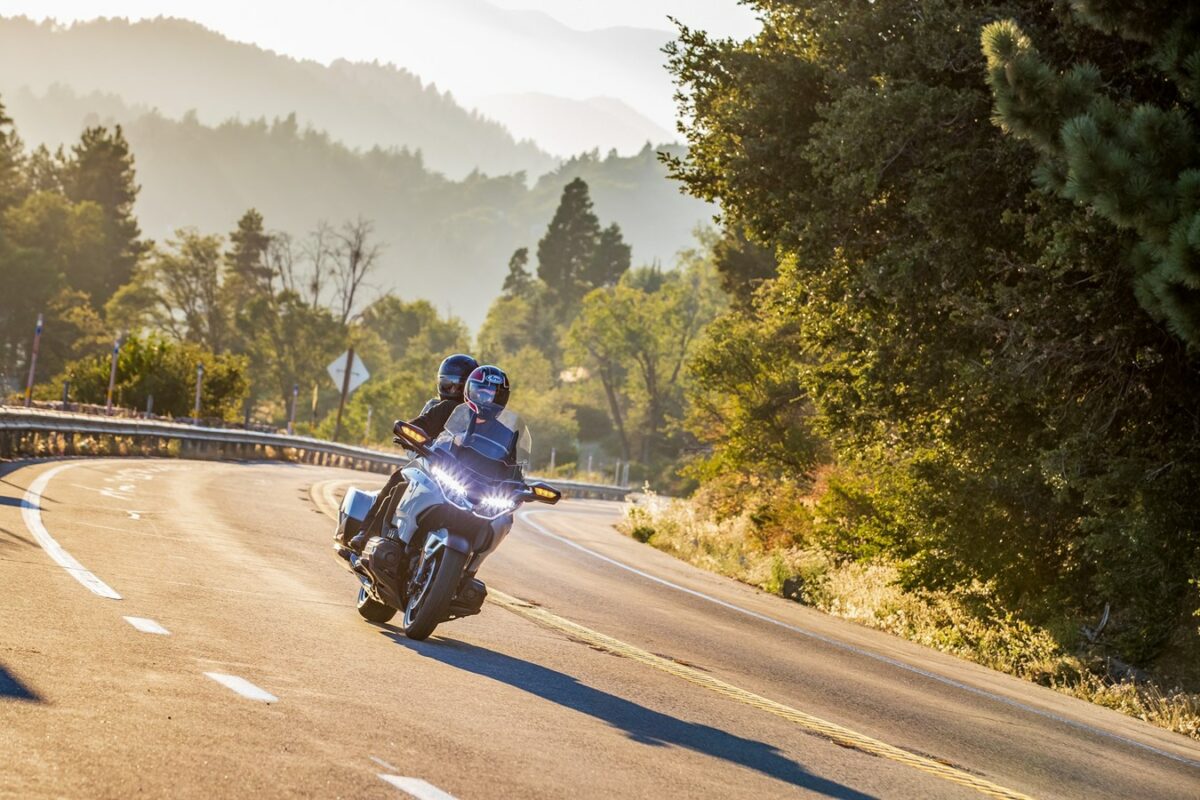 The Gold Wing from Honda – what’s happened so far…

The Gold Wing was introduced in 1975by Honda as a 1000cc naked bike and has since evolved into the two-wheeled non plus ultra for the long haul. Generations of developers ensured that it has always remained true to itself. Over the decades, the Gold Wing always gained in size and displacement. In addition, the engineers continually raised the Gold Wing to the next level in terms of luxury, quality and comfort, setting it further and further apart from the competition.

Little side note: Our boss wasn’t even born in the year of publication….

In 2018 the GL1800 and Gold Wing “Tour” were fundamentally evolved and redesigned to meet changing customer needs and the motorbike market. Thus, the models became leaner, lighter and more agile. Many new features strengthened their reputation as technology flagships. These also include the optionally available 7-speed dual clutch transmission (DCT).

The revised Gold Wing from Honda has since attracted the attention of a wider and younger target group. Motorcyclists who previously had nothing to do with the Gold Wing now realised what it was made of.

In 2020, Honda revised the chassis and improved handling at lower speeds. In addition, a powerful heart has been beating in the premium tourer ever since: an impressive six-cylinder boxer engine.

Since 2021, the technical forerunner has been bristling, for example, with:

Another highlight: it shines in a new livery.

Honda’s press team has sent us some photos of the latest version of the Honda Gold Wing, so you can take a look at the bike

Few Gold Wings you see on the road shine in their standard equipment; rather, each owner rebuilds their machine to suit their individual needs.

If you want to customise your motorbike, we will be happy to assist you.

Remember the car or motorbike maps. In the game, it always came down to using the best technical data of one’s own card to take one’s card from the other player. We have recorded the technical data of the Honda Gold Wing here.